The DI associate featured in our video short isn’t played by an actor. He’s a real associate named Mike, and he has his own remarkable story. Fifteen months ago, Mike was faced with the possibility of going to prison. With the help of Deseret Industries, Mike has turned his life around. Since filming, Deseret Industries has helped Mike find full-time employment as a truck driver.

“It was 15 months ago. I was sitting in jail, and I had two options. I was either going to go to prison or I was going to do drug court.

“I’m Mike Brown, I work at Deseret Industries, and I really enjoy my job.

“In drug court, there are many stipulations and none of them are negotiable. One of those things is getting a job. I had been out of the workforce for probably ten years, and I fell out of touch of having any respect for anybody or anything, including myself. I went to several places and none of them would hire me because in drug court you had to be in classes every day—just a whole array of things that, like I said, were non-negotiable, you had to be there. You were held accountable for everything, and I could not find a job.

“I went to my bishop and he said, ‘Mike, I think I have a spot for you. I want you to go over to Deseret Industries and see if that’ll work for you.’ So I did, and they hired me. They were so helpful in everything that I needed. I needed to be in certain places, at certain times, certain things, and they understood my position and where I had to be, and they would let me go and they would let me make up my time. Everybody was very helpful, from my job coaches to the managers to everybody involved. They taught me how to work with people, they taught me how to be responsible, they gave me my life back.

“I’ve been clean 15 months now, and if it wasn’t for the DI, I would not have made it. Everything involved has turned me into somebody who I like, and I have hope, and there is a place for me in the world. I’m a very happy person right now.”

Return to our main piano page. 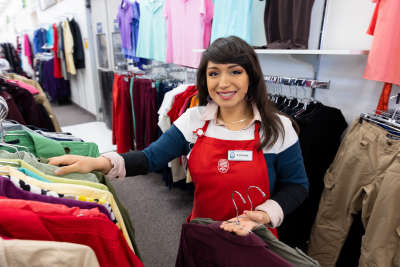 DI associate Stephanie is getting her education and saving for her wedding. Learn more about her story and how DI helps employees like Stephanie.

With only a few years until retirement, Lori was ready to leave her warehouse job and do something that would be more flexible and more aligned with her interests. That’s when she discovered an operations assistant position at DI. 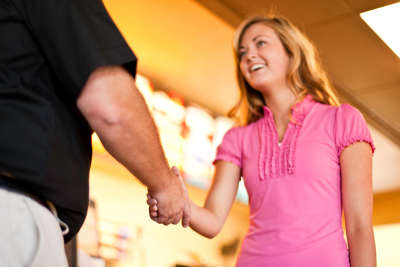 5 Tips for Getting Your First Job

Deseret Industries shows you how to decorate your dorm on a student budget.