The main theme from our recent piano short was composed in just 15 minutes.

Phil Stokes, the composer behind the music of Deseret Industries’ “A Piano’s Purpose” video, usually writes music scores to videos that have already been created, but this particular song came about a little differently.

“Normally, I get the video in front of me and I score to the visual that I’m seeing,” explained Phil. “But for this video, I had to do some of it backwards. Since they had to synchronize the people playing the piano part, I had to write the song before anything was even shot.”

After reviewing the script and concept images for the video, Phil sat down at his piano and started thinking about what the song should sound like. “I envisioned in my mind what I thought this lady might be playing at the beginning and what the man would be playing at the end, too,” Phil said. From there, it all just came together.

Phil isn’t a formally trained composer. He refers to himself as “halfway formally trained.” He took piano lessons as a kid, started playing the guitar at age 15, and picked up some music theory in high school. “I’ve been composing since I was 8, and I’ve never stopped,” Phil said.

Since the music was so integral to the video, Phil was an important person on set during filming. All the actors had to be able to play along with a track of the music so that the footage of them playing the piano could be convincingly synced to the music. Phil ran the music track and helped coach the actors on the piano piece. While other scenes were being filmed upstairs in the house, Phil and the actors went downstairs and worked through the song on a little electric piano.

The last section of the video shows several different sets of hands playing the piano. Phil helped coach the different actors for this scene, and he even appeared as one of the sets of hands in the video (the third set shown). Phil’s kids also had a part to play in the video—his two little boys made a cameo as the rowdy kids pounding on the piano in the store.

“Overall, I’m more of a postproduction guy,” Phil explained. “Music is usually the very last thing that gets added. Normally, I’m just in my studio with the video and my keyboard, but it’s fun to get out on a film set and to see how much work goes into this stuff.”

And this video had some interesting things involved behind the scenes: a drone, a rain machine, and a fog machine, in addition to a special camera dolly that gets pushed along a set of tracks. (Check out this article for more information on how we filmed this video.)

“It was fun to see how the tracks and the dolly wrapped around the piano,” Phil said. “Then on the last day, I got to be one of the people sitting at the piano as they wrapped around me. It was fascinating.”

What does Phil think after working with Deseret Industries? “I learned to love Deseret Industries. Before working with them, I didn’t know about the mission. Your donations not only help people who shop there, but they also help the associates in their journey to find jobs and get back on their feet. It’s a wonderful program.” 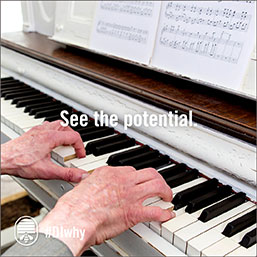 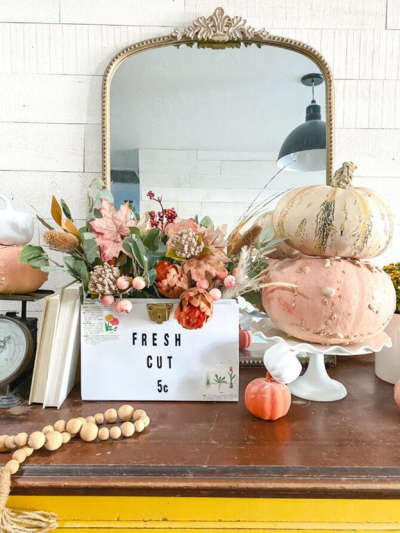 We at Deseret Industries recently challenged some DIY friends to upcycle some items from Deseret Industries. To make things more interesting, we picked the items! Each of our participants was mailed a mystery box of items to transform. Here’s what Kristi and Kelli from LollyJane did.

We at Deseret Industries recently challenged some of our DIY friends to upcycle some items from Deseret Industries. To make things interesting, we picked the items! Each of our participants was mailed a mystery box of items to transform. Here’s what Laurel from @thehousethatDIYbuilt did! 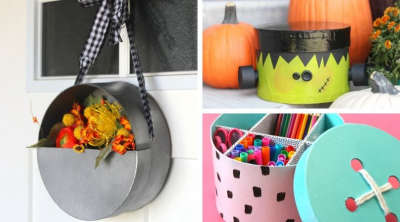 Check out some ideas for what you can make out of hatboxes! 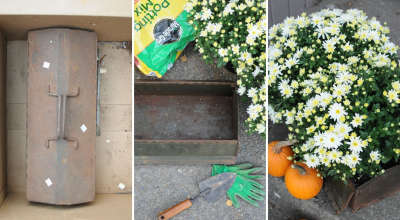 Be on the lookout at your DI for a cool toolbox or other items you could turn into unconventional planters.